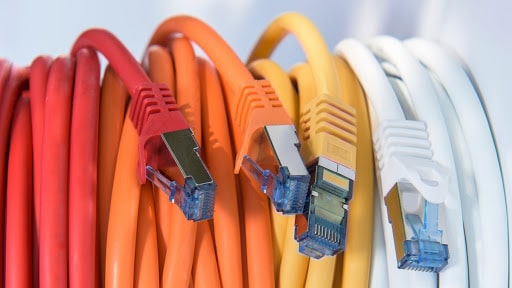 Posted at 14:14h in network cabling by Jason Hines 0 Comments
1 Like

When all is said and done, the type of ethernet cable you use is probably not going to be something that you spend a lot of time or energy thinking about on a daily basis.Let’s face it – it just doesn’t seem like a very exciting or interesting topic up front, and once you’ve had your network cabling installed, you’re probably not going to have much cause on an everyday basis to actually give the matter any real consideration at all, unless something goes badly and frustratingly wrong.Not so fast, though. Although picking the right ethernet cable might not necessarily be the kind of project that fills you with a deep sense of fascination upfront, it is actually an important consideration all the same.Because, at the end of the day, the type of ethernet cable you choose can have a truly dramatic impact on your Internet speeds – and as more and more of us these days are relying on rapid speed Internet for all sorts of things ranging from access to our preferred entertainment platforms and free time, to the ability to do our work to the best possible standard, that’s no small thing.So, here’s a look at the differences between CAT5 and CAT6 wiring, and why you should pay attention to the topic.

So, what is a CAT5 cable anyway?

CAT5 cables were, for a long time, the default network wiring that people use in order to connect to the Internet. They have for a long time been the industry standard, and for that reason you will still find them all over the place doing their job to a decent basic standard. A CAT5 cable is made up of four twisted pairs of copper wire. Simple and effective for what it is. According to the website Webopedia: “Computers hooked up to LANs are connected using Cat5 cables, so if you’re on a LAN, most likely the cable running out of the back of your PC is Category 5.”Of course, times change, and the CAT5 cable of yesteryear has increasingly been replaced by a new and more up-to-date variant known as a CAT5E cable – where the “E” stands for “enhanced” – and which provides faster speeds.While traditional CAT5 ethernet cables can handle up to 10/100 MBps at a 100 MHz bandwidth (which was once considered quite good), the newer CAT cables are able to offer a significant improvement in performance.

Okay, and what’s a CAT6 cable?

Like a CAT5 cable, a CAT6 cable also consists of four pairs of twisted copper wire. Unlike a CAT5 cable, however, a CAT6 cable offers a significantly greater degree of functionality and has a bandwidth capacity of 250 MHz, and can offer speeds of up to 10Gbps. A CAT6 cable also has the benefit of being compatible with CAT5 and CAT5E cables. According to the website Techopedia: “A Cat6 cable is used mainly for computer networks reaching a GB, 1000 Mbps or one Gbps of data transfer speed (DTR) or higher.”One of the ways that CAT6 cables are able to significantly increase speed and efficiency is by reducing what is known as “crosstalk” – in other words, signal transfers that disrupt your communication channels.

So, are CAT6 cables automatically superior?

If you are specifically looking to optimize Internet speed, then the simple answer is “yes.” CAT6 cables will allow for a much faster connection than CAT5 or even CAT5E cables, and there’s no getting around that fact. However, it might not necessarily be the case that CAT6 cables are required for your particular circumstances. These days, for example, many companies are relying on cloud services where much of the processing is handled by third-parties, and doesn’t necessarily demand great Internet speed on the part of the company or individual who is utilizing those services. If you find that you are happy with your current Internet speeds, an old-fashioned CAT5 cable might be good enough. CAT5 cables also tend to be cheaper than CAT6 cables, and CAT6 cables also tend to be significantly thicker than CAT5 cables – which might be a meaningful factor to consider if you are operating in an environment with limited space. Ultimately, CAT5 cables have long been the “gold standard” for a reason. That’s because they work reliably, and get the job done to a good standard. That being said, CAT6 cables will offer you significantly enhanced performance while also reducing crosstalk – so the question really comes down to how important it is for you to have the fastest possible Internet connection.

Sorry, the comment form is closed at this time.